A year on! And a focus for next year? Part 1

A year on! And a focus for next year? Part 1 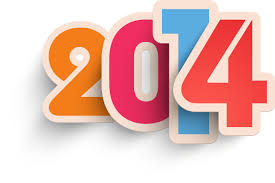 It’s always at that this time of year, that moribund time between Boxing day and New Years Eve that we reflect on the year that was and the year to come. Many people make resolutions, I don’t! I can’t be arsed with promising to do something that I have absolutely no intention of sticking to. Why on earth would I make a point of giving up the things that I enjoy, which is, lets be honest mostly what people tend to do. It’s a bit like Lent in that respect, I’ve never really got the hang of Lent.

That doesn’t mean I can’t moderate slightly some of my major passions like eating and drinking. I don’t have to do everything to excess, but I’m certainly not going to stop going to the pub or cutting out carbs and fat. I’m a social animal I crave the ability to hold court and wax lyrical with people, and where best to indulge than in the pub or across the luncheon table? Talking is the one thing I do incredibly well, or rather I do a lot of it. Well or not is really down to the perception of those who are being talked at!

In the coming year I shall strike balances in my life, I will look to my day job as the means to the end to making the things happen that delight me. I shall find the work life panacea, the enabler of life it’s self, the bringer of the Icons of Success and all things that make both my Ying’s and my Yang’s blossom, topped with condiments of enjoyment, happiness and a soupçon of vitriol just make sure I am truly balanced. I think secretly being angry makes me happy, so I’ll be bolloxed if I’m giving that up anytime soon.

When all said and done it is actually about balance, Ying and Yang, Perfect Harmony, “for every action there is an equal and opposite reaction” and all that. Obviously for every calorie consumed I’m not going to immediately pop out and run a 5K race, there are certain Ying’s that simply don’t need to be Yang’d. However based on my undying principal that I intend to live forever, I will need to pace myself a little, watch the beer intake so that I’m not so paced I can’t remember what I did yesterday. Actually who am I kidding, I don’t need alcohol to forget what it was I didn’t or even did do yesterday, most of what was done or indeed undone throughout the previous day was probably so monotonous it was worthy of forgetting. Or at least it probably would have been had I actually remembered what it was I actually should have done in the first place.

I shall do lists!

The people in my life seem incredibly organised, they all seem to be high achievers, people “what make shit happen“. I have observed that these people all make lists, the “shit what happens” is on a list somewhere, it’s there waiting it’s turn to be ticked off and happened! I don’t really do lists currently but I feel if I am to be part of this completer finisher brigade I will have to do lists. Obviously it goes without saying I will not be doing lists without finding an App upon which I can make my lists. The lists will be stored (in a cloud obviously), managed, indexed, dated and ticked digitally. The app will be so intuitive it will do all this without me once putting finger to keyboard, glass or any other future medium which actually involves the use of my fingers. If I actually have to enter stuff to make my lists then I will need to have  a list entry to remind me to enter stuff on to my lists in the first place. I know this because I have 6 apps currently that allow me to make lists, all of them have lists or part lists or listettes in various states of readiness or unreadiness (remembering it’s Ying and Yang). All of them out of date, all of them constantly Growling up little messages to remind me that I need to do stuff, to complete stuff. The problem is I live hand to mouth, my daily diet of tasks and “shit what needs to happen” come at me in an uncontrolled, random mistral of noise. I try and put them in to lists, but then I realise I’ve spent so much time making the lists look cool and tidy and neat and ordered that I have forgotten what the next piece of stuff is that I have to do, if only I had listened to the person giving me the task a little more intently. I might park the list idea.

I will listen to people!

This will be hard, you don’t spend your life working on being immortal to listen to other people. Being immortal is all about you, it’s “Just Jim”. I even own the domain name justjim.co.uk. I would have got justjim.com but some vain bastard beat me to it (further they have wasted it on dull stuff that no one could find any less interesting than some quality time about me). I don’t want to listen to you wibble on about your life and it’s simple challenges, it’s humbling mediocrity. Where are the icons of your success, get a life and stop talking to me. Preferably not an immortal life, otherwise it’s going to get terribly crowded on planet earth and frankly I will need as much space as I can to let my creative juices and ego grow. Obviously I don’t mean that, of course I want to listen to you all, I want to hear what you have to say about yourselves. I need your inputs and your data feeds, without them how can I test just how cool my life really is, as you talk to me I will listen for the hooks in your conversation that allow me to jump in and talk all over you mid sentence, tell you just how much and why I am better than you? Obviously if could master lists I would be even better than you, I fear that probably won’t happen because as far as I am aware SIRI doesn’t yet work on direct connection to my brain. So while I will listen to you, just be aware it’s all about me and in most cases I’ll be storing your conversation in my head to work out if there are a) any cool gags and b) gossip.

It’s genetic I’m told, that means gossiping is innate in me. It’s part of my chemical make up, I am programmed to inform, to talk, spread the word indeed, I see myself as a Disciple. Your challenge, your indiscretion is a story I need to promulgate to anyone within 1 meter of me. In the London pubs I frequent thats a lot of people. It’s a fact that many around me already know, if you want to keep your junk secret and discrete don’t tell me for gods sake. I’ve already declared that my main passion is talking, the only time I stop talking about myself is when I have some thing salacious to say about someone else.

I’ve just worked out the pub is open, it’s 13:10 (GMT) and this whole next year thing is going to need some more work. 2014 will be a year of achievement for me, right after I’ve gotten back from the pub and had a chip butty. There are  people in my local (local to the office that is, you don’t do this vaggazle on your own door step)  who I need to talk at, they need to know what pearls of wisdom I have for them, what little gems of gossip have I harvested from the poor souls who made the mistake of telling me their inner secrets. I made a list of all the best gossip and in what order I need to dish it out….

This site uses Akismet to reduce spam. Learn how your comment data is processed.

Sorry, no Tweets were found.